On appeasement: It is quite simple. Feeding wild animals does not make them friendly, it makes them stronger. Howard Newman

YUVAL ZALIOUK: The utmost hypocrisy: Those who whine about the high cost of housing in Israel are the same people who support surrender of lands to the enemy and oppose construction and settlements in Judea & Samaria.
Opinion

To Anger: To anger a Conservative tell him a lie. To anger a Liberal tell him the truth. Attributed to Theodore Roosevelt 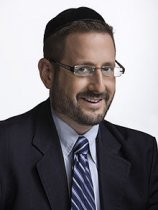 The claims of “apartheid” regarding Arab Israelis often heard in college campuses and parliaments around the world ignore just one point – the facts.

The  Cambridge Dictionary defines apartheid as “a political system in which people of different races are separated.” Oxford defines it as “a policy of system of segregation on grounds of race.” Two dictionaries specifically relate this word to South Africa.  Merriam-Webster defines “apartheid” as “racial segregation specifically: a former policy of segregation and political and economic discrimination against non-European groups in the Republic of South Africa.” The Collins dictionary says, “apartheid was a political system in South Africa in which people were divided into racial groups and kept apart by law.”

Arabs make up about 20 percent of Israel’s population. A simple study of the Israeli political situation shows that Arab Israelis  hold positions in the highest levels of legislative branch (the Knesset), the executive branch (the Israeli cabinet) and the judicial branch (the Supreme Court) something which could not happen in an apartheid society.

The only legal distinction between Jews and Arabs is that Arabs are not required to serve in the Israel Defense Forces. This policy came from David Ben Gurion’s decision not to put Arab Israelis in a position of having to fight fellow Arabs. Volunteers are accepted, and the number of Arab Israelis in the IDF is growing modestly. One can read about people like the IDF’s highest ranking Arab officer, the mostly-Arab Desert Reconnaissance Battallion (a.k.a. Gadsar), an observant Muslim woman serving in an infantry battalion, as well as Arab Christian  soldiers. Six Arab Israelis have even received the IDF’s highest decoration, the Medal of Distinguished Service.

Arab Israelis have been elected to every single Knesset in Israel’s history and Arab Israeli parties have run in all of Israel’s elections.

A prime example of the freedoms which Arabs have to elect their representatives and for them to reach high office in the legislative branch is Dr. Ahmed Tibi, of the Hadash-Ta’al party. He served as an adviser for PLO and PA chairman Yassir Arafat and ran for a seat in the 15th Kneset in 1999 with the Arab Balad party. He won a seat, subsequently switched to the Arab Ta’al party and won election to the 16th Knesset in 2003. Tibi was reelected again for the 17th Knesset in 2006, and was appointed Deputy Speaker of the Knesset, a position he has continued to hold in the 18th, 19th, and 20th Knessets. Twelve laws sponsored by MK Tibi – dealing with social, economic, and consumer issues – have been passed into Israeli law.

Another example of Arab Israelis and their significant impact in Israel’s legislative branch is Knesset member Aida Touma-Suliman of the Hadash-Ta’al party. She was the first and only Israeli woman to head a daily newspaper (Al-Ittihad) and succeeded in advancing the passage of three laws before being elected to the Knesset: a law regarding family courts, a law to raise the marriage age from 17 to 18, and a law to encourage women representatives in city councils. In the 20th Knesset, MK Touma-Suliman was elected chairwoman of the Knesset’s Committee on the Status of Women.

Since Israel’s founding, 81 Israeli Arab and Druze MKs have served in the Knesset.

Arab Israelis in the cabinet

The Arab parties have not joined any of the governing coalitions, making it impossible for Israeli Arab MK’s to serve as ministers in the executive branch. However, there are Arab MK’s who serve in mainstream parties and one such MK, Raleb Majade of the Labor party, joined the executive branch when he was appointed as Minister of Science, Culture and Sport in 2007.

(It should be noted that the Israel has a sizeable Druze community has produced 14 Knesset members who served in mainstream Israeli parties and who have sat in governing coalition, including Ayoob Kara who served as Minister of Communications from 2017-2019 and Majalli Wahabi who served a short stint as acting President of Israel in 1997.)

Arab Israelis in the courts

Justice Joubran earned his law degree from the Hebrew University in Jerusalem and worked as a private practice attorney for 12 years before being appointed to his first judicial position on Haifa’s Magistrate Court. He served on the bench at various levels for 21 years until his appointment to the Supreme Court in 2003. He was later appointed deputy chief justice.

Joubran, who also served as chair of the Central Elections Committee for the 2013 Knesset elections, retired in 2017.

None of these prominent positions in the three branches could ever be held by a member of the oppressed population in an “apartheid regime.”

Arab Israelis beyond the government

The facts demonstrating that Israel is not an “apartheid state” extend beyond the realm of government to culture, media, sports and more.

Arab Israeli Rana Raslan won the Miss Israel title in 1999 and represented Israel at the Miss Universe pageant. Mira Anwar Arad, represented Israel at the 2009 Eurovision song competition, singing Arab lyrics. One of Israel’s most popular news anchors is Lucy Aharish, an Arab Israeli. Ahrish has worked for all the Israeli TV channels was honored with lighting one of the 12 torches to signify the start of Independence Day festivities at the national Israeli Independence celebration in 2015.

Israel’s national sports teams have featured Arab citizens throughout the history of the state. The 2018 Israeli national soccer team included a starting lineup that was nearly half Arab Muslim/Christian with Beram Kayal, an Arab Israeli, as its star player and the team’s captain was Muslim Israeli Bibras Natkho, who had previously served as captain of Israel’s under-19 team.

The claim that Israel is an apartheid state trivializes the horrific struggle which the black population suffered during the apartheid years in South Africa. Unlike the black population during those horrible decades in South Africa, Israeli Arab citizens have the right to move freely,  obtain an education, vote, receive top health care, work in the most prominent positions and speak freely.

It’s fair to criticize specific policies of Israel’s democratically elected government just as Israelis can criticize the policies of other governments. But Israel is clearly not an “apartheid regime.” Enemies of the State of Israel apply that term to Israel in an effort to rally interest in a boycott of Israel just as this tool was used effectively to help bring the South African apartheid regime to its end.

Intellectual honesty demands a rejection of this false and misleading terminology with regards to Israel.